As of last night, Marlon Quinn has tendered his resignation as President of the MFC and Vice-President Matt Kovacs has been appointed in the interim to take the club forward.

Marlon founded the MFC in March 2014 after a secret but sturdy group of freedivers training in Melbourne began taking over several lanes at a prominent inner city swimming pool.

After two incidents occurred at a personal best performance night, it became clear that a formal organisation with mandated safety measures and policies was needed to support further the risk-managed growth of freediving in Melbourne.

A not-for-profit association was formed with key members of that secret training group under Patron and Elite Freediver Ant Williams, and the club quickly grew from around 10 members to close to 50 in number.

A second alliance with an informal freediving group based in Geelong expanded the contingent and set the scene for far greater exposure across the State.

All this time the social media Facebook Melbourne Freedivers Group was growing and in 20 months grew from 80 members to over 500. A steady flow of interest and community was born.

Further endorsement was achieved when the club affiliated with national freediving body, the Australian Freediving Association.

Now in it’s second year and with a fresh new team of enthusiastic committee members, the club is in excellent shape to continue to grow and prosper.

Marlon leaves the club to return focus to his full-time work as a professional freediving instructor under his operation, WaterMaarq Freediving. At the headquarters based on the Mornington Peninsula, he seeks to connect all Victorians with the impressive and fascinating waters on Melbourne’s doorstep in Port Phillip Bay and surrounds through freediving and snorkeling more safely.

The committee sincerely thanks Marlon for all his hard work and drive in helping grow the MFC to what it is today, and wishes him all the best on his endeavors. 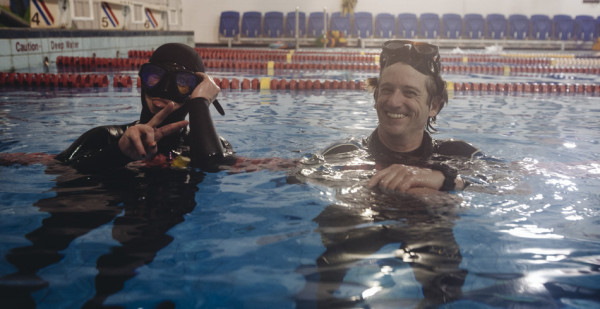